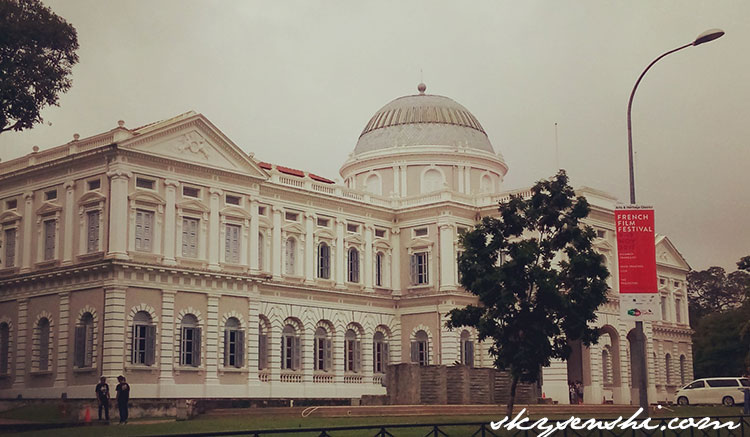 A Wedding in Singapore’s Royal Plaza on Scotts

SUUUUUUPER late post again. Hahahaha! So many backlogs, I don’t think I’m gonna be catching up any time soon (especially when I start writing research again). By the way, header image is NOT Royal Plaza on Scotts. I just happened to pass by that pretty building on the way to my hotel, haha.

Anyway….A cousin of mine, Angel, got married and I was really excited about this one because I had an actual reason to get out of the country. (I usually hate riding a plane on my own. I almost backed out, too.) Another reason why I was so thrilled about this was that it was going to be the first Muslim-Christian wedding I’d witness.

But first, photos of some of the stuff me, my mom, and my sister did. I actually had to re-acquaint myself with Singapore because the last time I revisited was in 2011. And boy, did this country literally grow up. I even got lost in Changi Airport! That was how much it had changed.

At last! The Wedding!

Angel and her husband Ousaid were supposed to have a garden ceremony. Unfortunately, it rained. It was the first time I encountered rain in SG, because the previous times I’ve been in the country were during summer breaks.

They had to hold the ceremony indoors. Best part for me was when the couple did this dance after they had changed into their cultural outfits. Second best part? Oh my goodness, how Royal Plaza on Scotts served unlimited lobster! (Unlimited everything!) The food kept coming even when everyone was already in a food coma.

And lastly, my introduction to Indian desserts came by way of wedding favors. I got obsessed with peda, the yellow one at the back, that I had been on the lookout for stores that sell Indian sweets locally. The couple was sweet enough to also give me a package during Christmas break. Apparently, it’s made of khoa, sugar, cardamom seeds, pistachio nuts, saffron. It smells so good, too!

Finally got to to take a peek at the wedding favors. Wow. These are Indian sweets in Filipino packaging/wrapping. Love the idea! #babuwedsmem1111 #AwesomeOssAng #SingaporeWedding