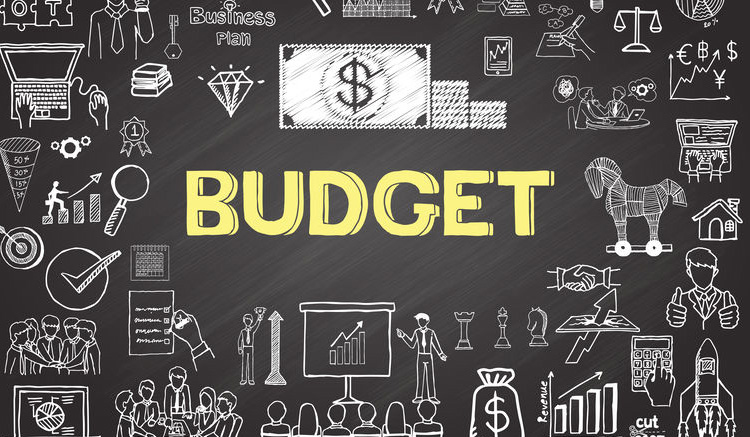 Quarantine Chronicles: You Need A Budget

To be clear, this is actually a review of the browser app You Need A Budget (YNAB). This has a mobile app, but if you want the complete robust experience, use a browser. It’s not free, but it changed the way I dealt with money. Timely, too, because the pandemic made me realize that I relied on it in ways I never would have done on my previous budgeting app. For someone who prided herself in her budgeting skills her entire life, I was still surprised to encounter this game-changer.

My previous budgeting app was AndroMoney. It’s free, and the way I used it was that I just record all of my transactions as I go along. I’d usually make projections on a Google Spreadsheet about money coming in, so I could check how much I’d save. And then when I check AndroMoney at the end of the month, I’d be disappointed with how much we had spent.

When hubby and I decided to buy our first property together, I gave YNAB a try. (Gave down payment for property on September 2019, started using YNAB on January 1, 2020.) My best friend recommended it to me because, in his words, “This budgeting app was the reason I was able to buy a house.” And my best friend was able to set multiple spending goals (house, furnishing house, planned vacations, Christmas spending), so I was sorta impressed.

Anyway, just to give you an idea as to which bad money tracking habits YNAB broke for me:

When I went through my first month with YNAB, I was so frustrated because it took a while getting used to. It didn’t allow me to project money I don’t have, but it made me give “jobs” to money I do have. After a couple of months, I stopped using the spreadsheet and relied completely on YNAB. That was the first habit broken: projecting money you don’t have.

Age of Money (AoM) – Your initial goal here is to make sure that this doesn’t go below 30 days. My January 2020 ended at 14 days AoM, and that’s ok, since it was the first time I started using YNAB. I became obsessed with this at the beginning, and YNAB tutorial peeps were right: you get less stressed about your money when you start using funds from, say, April to pay July bills. It breaks the paycheck to paycheck habit. (We weren’t really living paycheck to paycheck because I have a habit of paying our savings account first, but YNAB gave me a clearer view of what it means when you’re using old funds to pay future bills.)

Days of Buffering (DoB) – This will appear if you’ve installed the YNAB extension on your browser. I started using this when I’ve gotten the hang of YNAB. This information became more important to me than the AoM when quarantine came into effect. At a time when people have been losing their jobs due to the pandemic, it’s best to know how many days we can survive with the money we have on hand if ever one of us (or goodness forbid, both) would lose our sources of income.

Left Column: Budget – A list of all the places where you frequently push and pull money from. This contains your current account, savings account, credit cards, debit cards, petty cash, etc.

Left Column: Tracking – A list of all the places where you’ve invested money in. This contains your insurance, mutual funds, time deposits…basically money you wouldn’t touch until they reach maturity. YNAB will not count this as money you can touch, but it will track.

This is something that even AndroMoney had. But the biggest difference is in the way I used this information on YNAB. Because I had been obsessed about increasing my Age of Money and Days of Buffering, I was so happy to know that most of our expenses went to actual living expenses, and not whims. But it could probably also be caused by our being stuck at home, so we weren’t spending money on vacations or eating out.

The moment new money goes into my bank account, I’ve developed the habit of giving them jobs. And because I gave them jobs, I no longer check my bank account if I want to buy something new. You’re likely to miscalculate your available money that way, especially if there are things you are saving up for. I check my YNAB if I can afford it. If there’s not enough budget allocated in that category, I check the other categories that I’m willing to give up on, and then draw budget from there. If you’ve overspent, YNAB will alert you anyway, and will ask you to draw, with one click, from another category’s budget to cover it.

So, we bought our own place, but it comes with a monthly amortization and a huge lump sum every 12 months. It’s what most real estate people call “balloon payments.” If you’ve read my post about our cancelled church wedding, there was money going into that, too. So husband and I initially had TWO spending goals: condo lump sum and the church wedding. You could set this up in YNAB, too.

If you click the category link (“Condo Lumpsum” in this case), it will bring you to this interface.

This actually helped ease my cognitive load because I didn’t have to mentally calculate how much money should be left in the bank account for ALL of our spending goals if we ever have emergencies to deal with outside of those. And because I am not comfortable with the thought of not paying our credit cards in full, I set goals for categories like “Home Improvement” when I wanted to buy a digital inverter washing machine + other appliances.

This habit of setting spending goals made me realize that many “emergency expenses” aren’t really emergencies. You know they will happen during certain points of the year, so you gotta be on the defense about it. Christmas spending? Guys, that happens every year. That’s not an emergency. Your car needs a fan belt replacement? You should have known this months ago, and you should have started saving up for that. Setting spending goals made me break the “emergency funds” mindset for incidents that aren’t really emergencies.

Real emergencies would be something like if your car got into an accident. But if you’ve been keeping track of your AoM and religiously increasing that, repairs could be easily covered. Now, the reason why I’m obsessing about DoB recently is that if we ever get COVID, that would be considered a serious emergency. And this is the only thing that really scares me. (Maybe I should start setting a spending goal for our funeral…)

What I like about YNAB best is how the graphs comparing your income (inflow) versus spending (outflow) are presented. Their ToolKit Reports (browser extension) are very rich.

There will be months where your outflow will be more than your inflow. Let’s say, you’ve saved up for your wedding venue’s remaining balance over the course of several months and it’s now time to pay for it. That’s what happened to us in March 2020. That was why our outflow looked bigger than our inflow for that month. This is normal, and expect it to happen from time to time.

What you need to worry about is if the other months would start looking like that, too. YNAB’s report makes it easier for you to see if overspending consistently happens or if it’s just a one-time thing.

If your inflow is constantly bigger than your outflow, your anxiety about emergencies lessen considerably. (Except medical emergencies. I’m still seriously iffy about this and I don’t even know if we have enough for both our medical AND funeral needs.) If you think about it, there’s always some sort of unexpected expense happening every couple of few months or so. Having enough buffer allows you to roll with the punches.

YNAB takes A LOT of getting used to. Mostly because it was making me break bad money tracking habits. It took me more than a month to get into the groove, and it was a good thing that I was given an extension before I finally decided to subscribe. As of this writing, the app costs $84 a year, and I enjoyed about a month and a half of free trial. Considering how much buffer I had keeping us alive during the pandemic, I’d say it’s money well-spent. There’s a whole Reddit thread about it, and shows how debt-ridden people started taking charge of their finances because of it.

The good thing about YNAB is that they have so many video resources. My favorite YNAB guru is Hannah. She’s so funny, and she helps you get started.

Here’s a link to the introductory YNAB playlist, if you’ve decided to try the app.

Don’t be too hard on yourself if you find yourself confused at first. Behavior modification towards money requires time. Haha. Like I said, took me a month and a half. This guy can help though:

So am I recommending YNAB? You betcha. I can’t go back to how I used to budget. Especially not during this time. The future is unclear (like hello, Meralco just overcharged us!), so it’s best to go with a budgeting app that let’s you project how far your money can take you.