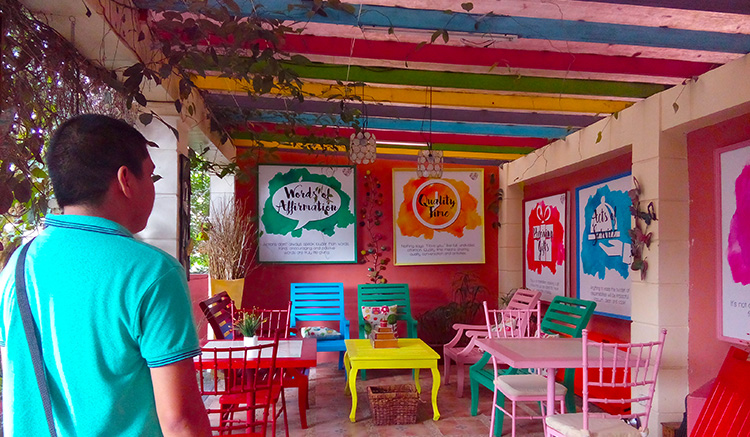 LOL, I had been so busy since 2018 started that even my year in review had to happen at Chinese New Year. I was looking at my 2016 Year in Review and I realized, I did exactly what I said I would for 2017.

I really did slow down. Let’s see. My Senshi.Labs team should have released 3 games so that we could go on hiatus but we only managed to release two: Brushstrokes and Mathoria 2. Both are free games.

First, I celebrated my 40th birthday. I thought I was going to feel different, but not really. I still pretty much look the same even if the body doesn’t store the same energy as it used to. Oh, and my then boyfriend’s family and mine had our pamanhikan that day.

And theeeeen, I got married in April. It was a simple ceremony that was attended by 20 guests (wedding vendors included). Then again, even the photographer and make-up artist were my cousins.

Went out with friends and colleagues, old and new:

Ok, let’s not forget our furbabies:

I had a few health problems towards the end of the year, so my weight kept going down down down, then up up up again. I think this will always be a problem that comes with age. But you know, when you get to where I am right now, and if you want to enjoy your life to its fullest, you will really fight to keep yourself in the best shape possible.

Well, of course, I got married so that would normally be followed by a honeymoon. Following the tight budget we had, but still wanted something really nice, I decided to take the husband to Las Casas Filipinas de Acuzar in Bataan. I had visited this place before, but I was in for a pleasant surprise when I saw how much it had expanded. We call it a heritage museum more than a hotel/resort.

I also went frequently to Tagaytay and Batangas with friends. But I did this more often with the husband in 2017, because he found out that he actually loved driving to far-off places. We also did our church hopping frequently (mostly for fun, and mostly testing whether that superstition about three wishes inside churches you’ve visited for the first time would actually work lol).

Oh, and this year was the first time I attended a wedding in Singapore. My cousin got married, and some of us in the fam flew off. Unfortunately, my new husband couldn’t attend this wedding with me because he was assigned to Japan for a few months.

Well, yeah, that was pretty much it. I spent the entire year chillin’. Most of the crunch stuff at Senshi.Labs happened in December, but it was still pretty much chill compared to my previous years. (I was supposed to make 2017 my research year but since we haven’t released our latest project, that part of me will have to take a back seat.)

What I’m expecting for 2018. Perhaps when Book 2: Taurus (my latest project) is released, I’d be a lot more chill. I still need to set a “research year” though. 😀