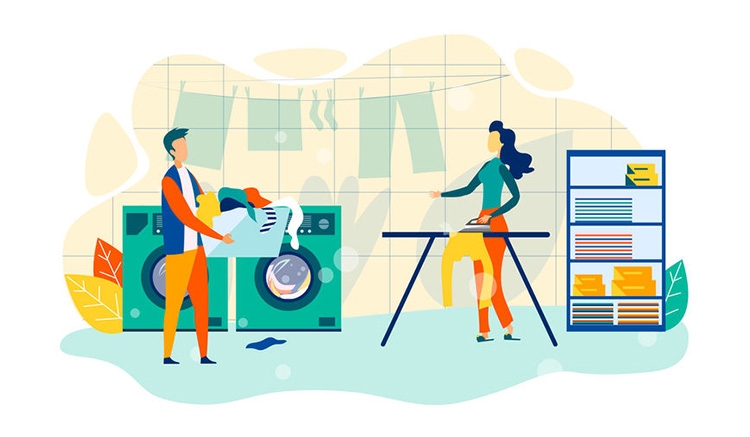 Got up too early and was hanging out at marriage and child-free FB groups when this topic came to mind. I mean, I’ve been actively answering people’s queries (including ones from my own former students who are now thinking of settling down), so might as well organize my thoughts and probably cut and paste from this post in the future. 🤣

1. I have always told my students during thesis crunch: “Di nakakain ang true love.” Talk about money handling. Practice financial habits with a joint account (while keeping your own individual savings accounts as well). This was my litmus test for my exes. Nearly all of them failed. 😂 My husband was the only one who passed because he let me be a producer with our joint account. And during the time we opened a joint account, he was earning double my salary, was living on his own, and made his own life decisions. Independence is sexy. Also think of it this way: practicing with say, 10-20K in the bank, is still a lot cheaper than paying for annulment and therapy when you finally realize that your partner has been sucking your financial wells dry.

2. Roles and tasks should be set. If both are working, both should also have equal responsibilities in the home. If you’re gonna turn your wife/husband into a housekeeper, you had better be earning enough for both of you. In our case, I do chores in the morning (sweep, feed the cats, cook, etc.), while the husband does them in the evening (wash dishes, clean litterbox, mop, take out garbage etc.). Whoever cooks will not be the one washing the dishes. I manage the budget, he maintains the home (fixes stuff like electrical wirings, plumbing). Amazingly, because we were living independently from our parents before we even met, we never talked about who does what. It was like the roles just fell into place.

3. Wives: Your husband could be possessed by the NSFW demon. You thought your husband will always be that quiet guy in the corner when you’re married? Hah! (And this was covered by our pre-cana, no joke. The priest even had a PowerPoint presentation about the insatiability of men.) I now have a diary of marital in-jokes that I can’t even share online. Tip: Keep your energy levels up by exercising daily, eating right (yes, I learned during the quarantine that the food you eat actually affects your mood!!!), and sharpening your endurance. Especially when married to a much younger guy. 😂

Husband: *cops a feel* Ahh, so this is how the ribs are supposed to be drawn. Also the hips. Sorry, I need a reference for my drawing practice.

4. The things you fight about are INDICATORS. If your jowa suspects everyone you talk to is a possible love rival, eh. 🙄 Hard pass. Oh, and speaking of fights, if your jowa talks about it to his/her parents/friends, that is a red flag. The only time it is acceptable to talk to your parents about your fights is if you’re being verbally and physically abused. If you tell your friends and parents what your quarrels were about, of course they’d side with you. They’re hearing the story while looking through your lens, and that makes the whole thing absurdly biased. This was one trait I appreciated about my husband. Because he had been independent right after college, he is very adamant about keeping his private life private. I even ask him now for permission about what to post about us.

If you want to share your issues with other people, make sure you are BOTH present, and that these people (ideally your ninongs/ninangs) have your best interests AS A COUPLE at heart.

5.  Your spouse shouldn’t be treated like a mind reader. This is the thing that annoys me with romance dramas, especially shoujo genres. So many situations where the lead characters could have simply talked about a misunderstanding, but the writers will make this stupid argument last 4 episodes. And the most irritating part is that the other half would only find out what the problem is because a friend divulges it. Why are you telling your friends, but not telling your other half what the problem is??? Please do not treat your relationship like a tv drama. TALK ABOUT YOUR ISSUES WITH EACH OTHER IN A CIVIL MANNER. And we’d better not see you quarrel on social media.

6. You’ll never really know a person until you’ve actually lived with them under one roof. The little annoying habits your partner has will be magnified 10x when you’re living together. Also take into consideration that we are in quarantine. Imagine being stuck with someone else’s annoying habits 24/7 for months, even years. So you better make sure that these are habits you can live with.

7. Learning to speak your spouse’s love language might be a struggle, but it is rewarding when you get it right. This is where I think most of the marriage work will go into. I was surprised to learn that my husband is touchy-feely (this wasn’t obvious when I met him because he keeps to himself and does not like being touched by/touching other people). I, on the other hand, grew up not liking being touched also because this was not how affection was dispensed at my family home. No words of affirmation either. Finding out that touch is his love language threw me in for a loop, so I have had to train myself (and still training myself) to react positively to being touched. He also likes complimenting me a lot (words of affirmation), which I am not used to either, so he gets super pissed when I insult my flaws.

Mine is “acts of service” and I have to be vocal about this, because as I mentioned earlier, you cannot treat your spouse like a mind-reader.

8. Your spouse’s top priority should be YOU. Not the parents. Not your children. Children are your shared priority. This is why leave and cleave is one of the best things the Bible has ever advised. People dipping into your marital problems is a huge red flag.

9. Make sure that your stance on family composition (children and/or pets) are on the same page. What a nightmare when you find out after the wedding that your spouse wants to be child-free while you’re daydreaming of forming a basketball team with your children. In many ways, I appreciate how our marriage proposal was a literal one: in an empty hotel restaurant, we exchanged couple/engagement rings, had a draft of budget, timeliness, milestone check points, and that we were sure we wanted to be child-free ever since we started dating (it was just one of the topics that came up). We may have made so many wrong decisions as a married couple, but on this we were sure. We just wanted cats.

I think I’m also partially lucky that my husband has a habit of rescuing stray cats. I would dump any kind of animal hater in a heartbeat. 😂

10. Every major decision, everything that goes into the home must have joint approval. I’ve seen this horror story about a One Piece (the anime) statue that was bought by the husband and put into the living room, but it was so ugly that the wife destroyed it. The way I see it: husband should have consulted his wife first, and wife should not have violated her husband’s property. When I saw that, I asked my husband if he’d allow me to put a giant Gundam in our living room. I thought he would say yes because we used to build Gunpla kits together but he said, heck no. 😂 “Let’s just buy a house with a game room and put it there so that our visitors don’t have to see it unless they’re gamers. Visitors with kids might also ruin it, so no.” 🤣

Anyway, this piece was based on a truckload of experience with regards to relationships. My current husband is actually my second, and it’s been a world of difference from the first.

As one of the YouTubers I follow have said, he’s had to kiss a lot of frogs to find the correct prince. I could pretty much relate. Ha ha ha.