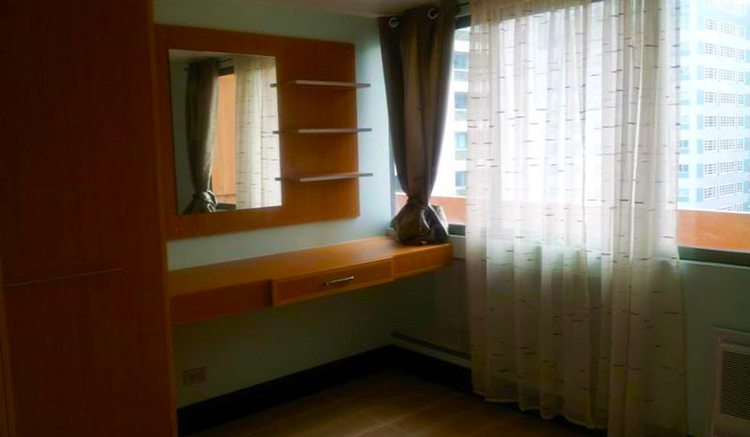 I have actually gotten a few PMs from students regarding how to do this, especially now that many of them have actually been suffering from mental health problems due to being stuck at home with…well, their parents. 😜

Just needed to get that out of the way. I know parents can be overbearing, but it really is in bad form to rant about them when they’re still feeding you and providing roof over your head. Now for the other type of parenting that’s prevalent in Filipino households…

After hearing a few different stories, I realized that I was actually pretty privileged, even though I had to work 3 jobs in order to sustain my decision to move out in my 20s. Firstly, because my mom had all of us siblings insured, made investments in our name (turned them over to us when we hit 30), and even bought burial lots for us. We’re already covered until death. Secondly, we lived in such a way that it was easy for us to save up. My parents never demanded money from us, which was one of the reasons I felt compelled to move out, because I didn’t want to freeload forever.

I grasped, after hearing various scenarios, that my case isn’t common to Filipinos. Most Filipinos are of this mindset: “Mag anak ka kasi walang mag-a-alaga sa inyo pag tanda.” (Translation: Have kids so that they can take care of you when you grow old.) This is horrifying to me. Every time I heard this line from Grab/Uber drivers, I’ve had to stifle the urge to deliver a long-ass sermon. So I’m going to try my best to make a list of tips that might be a little bit friendlier to those who have difficulty putting boundaries between themselves and their family.

Standard for rentals are “two months deposit, one month advance” so your first month will already be worth 3 months. Then there’s the question of whether you’re renting something that’s fully furnished or you have to furnish it yourself. You also still need to pay bills and eat, so you have to be prepared for that.

Take note: budgeting is not the same as expense tracking. Budgeting is basically giving roles to the money YOU CURRENTLY HAVE, so that you can be prepared for the inevitable, while expense tracking is basically just listing down what you’re spending on. I used to do this on Google Sheets, but that’s too much cognitive load. If you’re going to work 3 jobs or more to sustain your independence, you need to UNLOAD brainwork. Before YNAB, I was using AndroMoney, which was free. I’ve also had friends who swear by Mint, also free. Most budgeting apps have the wallets/envelopes feature. This is a very important step: use this feature and be religious with it.

3. When budgeting, allocate to savings first.

The moment I receive money, I allocate a chunk of it into savings. That’s a fixed amount. Then I allocate the rest to bills and food. I do not spend more than what is allocated, and if I do, I get the budget from other categories that have extra funds left.

The reason why I mentioned saving up for 5 months (or more) worth of rent is that I have learned to budget a month in advance. So if it’s April now, I’ve actually already allocated for May’s bills and emergency funds. This way, if there are real emergencies, you’d be able to roll with the punches. This is how I usually budget every salary day (not counting hubby’s yet):

When I first moved out, I didn’t get internet. I had to go to work in order to connect. Of course, this is impossible now, what with work-from-home being the default during a pandemic. Also do note that this wasn’t the distribution I used to have when I was still trying to make ends meet. I had waaaay less to put in savings. 😔 The important thing is: savings category will always be first to get allocated.

5. Set a budget category for GOALS.

Since you do plan to move out, maybe establish a “Moving Out” category. Always put a fraction of your salary here. Whether you want to have this goal separate from savings, that’s up to you. When I had more financial freedom, I noticed I’ve been able to set multiple goals easier (and YNAB makes it a breeze for me to track them). Back in my 20s, though, I could only establish one.

6. Set boundaries. LEARN TO SAY NO.

I realize this is very difficult for most Filipinos, but have you ever heard of self-care? If you need to help relatives, there should be a separate “Emergency” category set every month. BUT DO NOT GIVE MORE THAN THAT, otherwise, you leave no room for yourself. This is what I mean when I say, “I’m YNAB broke.” It doesn’t mean I don’t have money. It means all my funds have been allocated. THEY HAVE ROLES. Because you worked hard for that money, people need to respect what you do with it.

I do realize that some may have parents that might demand you foot some of the bills, so I suggest to have fixed categories for those, too. Just remember to pay yourself first by doing #1 and #5 in this list before putting funds into the other categories.

Easier said than done, but if you’re going to move out, you need to move closer to work to maximize your time. If you’re working from home, you need to be in an accessible but secure area. Problem with most places like these is that they’re so expensive. So you really might be forced to have a room mate. When my sister moved in with me a few months after I first moved out, I had no choice but to get another room mate who can help with the bills.

9. If you’re having a room mate, set house rules.

This includes who will take out the trash on what day, and boyfriend/girlfriend visiting hours. You’ll also need to learn how to inform them if you’re coming home late. I know that sounds like you haven’t left home, but your room mate is not likely to nag you if stayed out for 3 days (nor will they constantly hound you for updates). That’s still a huge difference from being under parental rule.

10. Re-evaluate your relationship with your family.

Funny thing about this is that every time I do visit, it feels like I’m 12 again, even now that I’m in my early 40s and married. But I also realized that my relationship with my parents have been better. We’re a lot more communicative (in Viber, except for the occasional spam). Thing is, living away from them will also make you understand why they set certain rules. On the other hand, if your family is toxic enough to make you suicidal, I highly recommend probably reaching out to them after a decade or so to see if they’ve improved. If not, then just cut them off.

So far, these are the things I could think of that summarize my usual PM sessions with students and fresh grads who were curious about how I managed to move out in my 20s. Hope it helps!

If you have further questions, drop by the comments and I’ll try my best to answer them after office hours. 😁