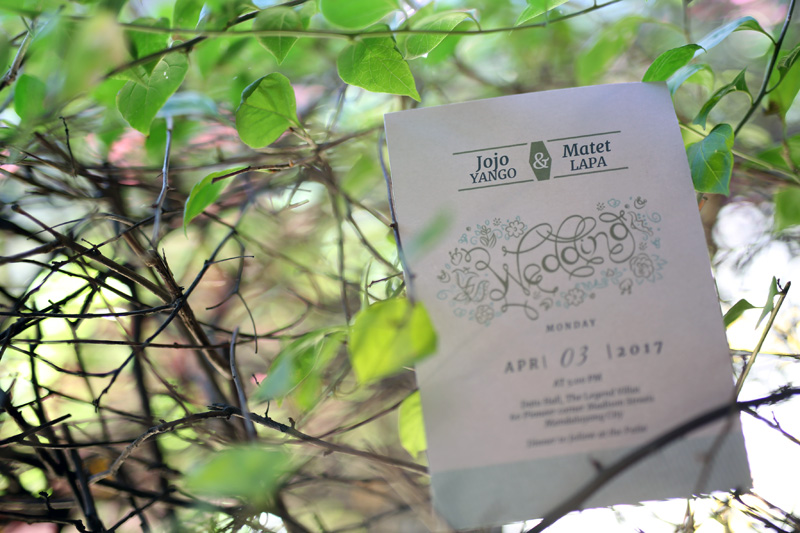 Why A Small Wedding?

Haven’t blogged in a while because I have been extremely busy, but I just got married recently. Last April 3, 2017, to be exact, which fell on our 5th anniversary as a couple. We were supposed to get married on the same date last year, but we sort of got really busy with our work that it was already March when we realized we only had one month left. We moved the date to one year later, but we were planning to elope with only my younger sister and my husband’s younger brother as witnesses. It was October 2016 when my sister reminded me about the impending marriage (“Ate, di ba dapat nagsisimula ka nang mag-plano ngayon???“), so we actually had 6 months’ worth of budgeting. We basically booked everything in October (did nearly all of it online) and forgot about it, until the videographer and my sister (“Ate, bat wala pa sa FB events ko, need to file leave!”) reminded us two weeks before the wedding.

The elopement did not push through because the hubby felt guilty about not asking for our parents’ permission. We informed them, with much anxiety, around December. Anyway, people kept asking why we didn’t invite many guests. I think Filipinos generally couldn’t wrap their heads around the notion of a real intimate wedding. The Filipino idea of an “intimate wedding” has a minimum of 30 guests. Heck, a lot of people here think a wedding with 100 guests is intimate. If you don’t believe me, just do a search on “intimate wedding packages” and see for yourself, haha. We had 10 guests, with just a bit of room to feed the suppliers. Apparently, a few people (who are not even family) found this disturbing.

So um yeah. On our 5th anniversary as a couple, we got married in a small ceremony that was witnessed by immediate family. Photo by @quirkycreatives #CloudSky2017 #HokageWedding

We got what we wanted on that day, with a few bloopers here and there. I’ve also gotten some messages asking me how we managed to pull off a small wedding (hint: don’t tell anyone you’re getting married until the last minute because abundance of time makes plans change drastically). I’ve written a supplier evaluation, which will be published in this blog after we’ve received the last of the deliverables. Until then, you guys can check out some of the wedding photos here.

UPDATE: Breakdown of costs has been posted here.