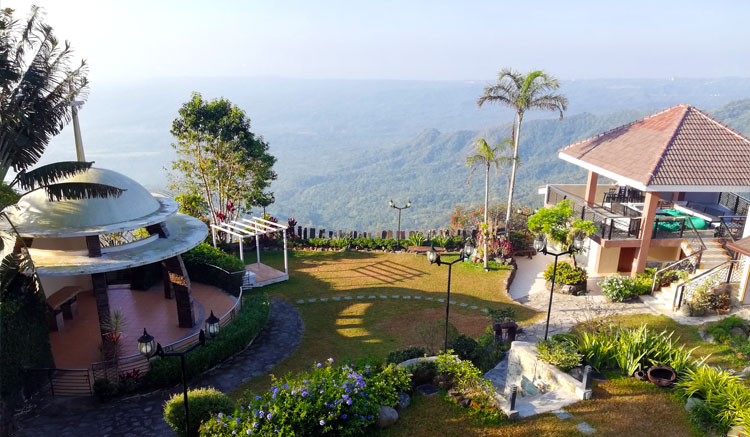 So 2019 kicked me in the teeth several times…

Unlike the previous years, which had been pretty happy for me, I was looking forward to letting 2019 go. It was such a rough year for me, and I didn’t want the decade to end on that note because the decade itself had been so good to me.

But ok, 2019 started with us finding out that a member of our family has cancer. Like, “Hurrah, happy new year! Btw, those findings mean you’re gonna deal with the Big C.” And just when you think that’s bad enough, it actually snowballed, because all the doctors we’ve been to recommended that all the women in the family get ourselves checked.

Turns out that my myoma had gotten worse (they were eating both my ovaries), and that I have endometriosis. Suddenly, we were getting very expensive treatments for different health issues. The second OB I’ve been to wanted to save my reproductive system (the previous one wanted to operate on me). What a way to start the year, huh?

That was just January.

Our neighbor's house is burning. Um, this is starting to get scary. UPDATE: We evacuated because the smoke got too thick, and the surrounding houses started burning too, but I left my phone in the process.

In March, all the neighbors surrounding our condo building burned down. (Related story: What I learned from almost losing our home.) This actually propelled me to start searching for a permanent home — a smaller, easier to evacuate one, but big enough for me and hubby to have our own personal spaces. We couldn’t rent anymore either, because most lessors aren’t as kind as our last two (Christine, then Solon, love them both) when it comes to pets. And whatta way to find out that the selling price of the previous condo we were renting from 2015-2018 suddenly soared. No joke, it doubled. At this point, I was already hating myself for not buying two years ago. We bought a unit that’s 1.65x bigger than the one we were renting from 2015-2018, but it came with a hefty price tag. I couldn’t sleep for a month (asking myself if we’re gonna live like paupers just to afford the monthly amortization) because of that.

Oh, and fully furnishing? It burned through my (and my husband’s) entire 13th month pay. I wasn’t about to use my credit card for that. (And what, start 2020 being neck deep in 6-digit debt? Hell, no.) The only consolation I have right now is that my GCash tree has grown considerably since I bought all our furniture with it. I only need a few thousand more points, then a Yakal tree in my name will be planted at the Ipo Watershed.

Yes! The right sized kitchen counter arrived and we were finally able to free up some hallway space. The refrigerator, which is taller than me 😂, used to crowd the entrance so much that we were having difficulty putting on and taking off our shoes. We had to buy three kitchen counters from Lazada to finally get the right size (the other two, which were too big, are now in the cat room haha). This is also the optimal setup because we can easily make ice from the water purifier straight to the fridge, and refill the purifier from the tap. Plus I still have enough space in the living room for the sofa, work desk, and my exercise area. Sorry. Another #titahits post. I'm just too happy about this (while trying not to think about our own bedroom that still looks like a bodega from all the stuff we still haven't organized). 😂 🤣 😂 #milestones

So yeah, from September to December, I was watching in horror as our savings whittled away from delayed turnover (imagine paying for two condos at the same time for three months) and surprise charges. I still had monthly injections to pay for on top of that.

In April, something happened to our department and there was a huge shift in leadership. I grudgingly accepted the role of chairperson for one term, sacrificed my time for game dev and research, and I’m not even sure if I did an ok job.

In November, our flight to Bicol — which I had been looking forward to because I thought we needed a break from all the hectic stuff going on — was cancelled due to a storm. So I was excited to go to Ilocos with my in-laws for pre-Christmas. Just my luck, I ate something wrong and I ended up bedridden, with hubby taking care of me. So forgive me if I was feeling “ba humbug” for the entirety of December.

6 weeks left in this office. I am still breathing. I need a bigger board because this has no room for "major tasks that just came out of nowhere and the deadline was yesterday." And I have more of those than the core tasks laid out here, hahahaha! #gamedevschool

So yep. That was how rough 2019 was. I couldn’t even take a break until it was almost over. Thank goodness, I told hubby how tired and drained I was so he took over the condo purchase arrangements.

Anyway, the brighter side that my Instagram Best Nine showed me:

In April, I got sick of straightening my bangs everyday so I learned about the Curly Girl Method. (Related story: My lazy version of the curly girl method. Remind me to update this, because I found an even lazier method.)

In May, I was sent to Seoul, Korea to attend the VRARA Conference. I super fell in love with this country where you can find good food that’s cheaper than the ones you’ll find in Philippine malls.

I didn't realize I had a bucket list until I went biking at Han River. Kinda stressful with this many people around, but (swipe left for more photos) I went farther until I can only see a few elderly couples under the bridge. This was when I actually enjoyed the wind in my face.

In October, we were able to launch the first academic game development conference in the Philippines, the LARO Conference.

In November, I became “Best Man” in the first LGBTQ wedding I’ve ever attended. That was fun.

Across the year, some of my advisees and Senshi.Labs team mates won Best Capstone, and even won trophies at the ICT Awards. I was also featured in a few articles, so I guess it means I’m still doing good work (as long as you don’t make me chairperson or dean hehe).

Re: Events Management (hubby and I have this personal project that’s going to be launched in early 2020). I guess in hindsight, it was a good thing that we’ve already booked event vendors in 2018 because we were able to get their 2018 rates before 2019 sent a battering ram on our bank accounts. They’re almost ready for our 2020 big event.

Wow. 2019. You’ve brought me a ton of pain and uncertainties, but see, I am still fighting.

The lack of time I had for my family in 2019 made me see so many things from different perspectives. For one thing, I used to not like the idea of celebrating monthsaries because I’m bad at remembering dates. In 2019, though, months would pass by without hubby and I doing something that’s just really relaxing and fun. I felt that we sort of neglected each other for the most part. The last time we had that was back in March for my birthday (before the fire), when we went to Tagaytay to just chill. But after all the cancelled trips we had, we sat down and decided that we should start celebrating our monthsaries so we’d be forced to take a step back at least once a month. We’re not like a young couple anyway. We married late, and therefore have less time for each other compared to younger couples.

I hope 2020, the first year of the new decade, will be kinder to me. I don’t need to win awards. I just really want to go back to my comfortable life. Oh, but the first gift 2020 gave me is finally winning against a Chaos boss in Dissidia Final Fantasy Opera Omnia without dying. I hope this is a sign that I will have a good year ahead.

And please lang, 2019 was also the year so many people asked me for money (with some even adding me on FB just to specifically DO THAT). My family went through cancer, endometriosis/infertility, a fire etc. I did not ask random people for money despite all the financial struggle, and it was all I could do not to dive into debt. AYOKO TALAGA. I would have to request that you guys refrain from doing so. Please start this decade by getting yourselves insured, creating emergency funds, and saving up. These were the things I did in the years prior to 2019, and it was how we kept ourselves afloat. PLEASE PLEASE PLEASE LEARN TO DO THE SAME.